On Sept. 19, Russian President Vladimir Putin held a discussion with participants in the Valday International Discussion Club, among them former European government officials Romano Prodi (Italy), Francois Fillon (France), and Volcker Ruehe (Germany). On the heels of decisive Russian diplomacy to defuse the crisis around Syria over the past two weeks, Putin took the opportunity to expound his conception of Russia’s role in the world today. Not surprisingly, the discussion included several references to Putin’s celebrated 2007 speech at the Munich Security Conference, where he made clear (while underscoring, with substantial references to Franklin Roosevelt, that he intended no hostility toward the USA) that Russia will be nobody’s pushover in a liberal-imperial world.

In one of several joking exchanges that in fact were serious, in this instance with former French Prime Minister Fillon, Putin gave a clear signal that he will likely run for re-election in 2018. Thus, his remarks as a whole express a perspective for Russian policy over the next decade to 2024.

Most impressive to listeners were Putin’s remarks on Russia’s traditional values, his explicit dismissal of «political correctness,» and his charge that the Western world was smashing its own fundamental moral precepts:

«We can see how many of the Euro-Atlantic countries are actually rejecting their roots, including the Christian values that constitute the basis of Western civilization. They are denying moral principles and all traditional identities: national, cultural, religious, and even sexual. Without the values embedded in Christianity and other world religions, without the standards of morality that have taken shape over millennia, people will inevitably lose their human dignity. We consider it natural and right to defend these values. One must respect every minority’s right to be different, but the rights of the majority must not be put into question.»

Putin described Russia’s own national identity as being under assault from «objective pressures stemming from globalization,» on top of the radical collapse of the state twice during the 20th century (1917 and 1991). Those events dealt «a devastating blow to our nation’s cultural and spiritual codes; we were faced with the disruption of traditions and the consonance of history, with the demoralization of society, with a deficit of trust and responsibility.» 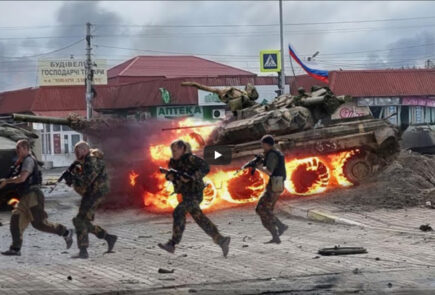