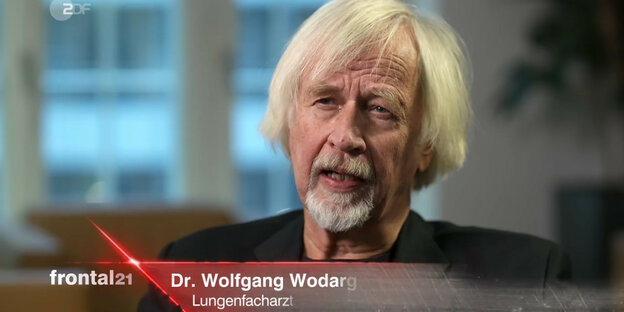 Did WHO create an artificial pandemic?3 min read

«Yes, at that time, I thoroughly investigated this,» Dr. Wodarg (MD) explains, «We had bird flu, back then, it was in 2005. It was the reason why the World Health Organization took on the responsibility of making a plan for such pandemics, ie. if a certain pathogen spreads around the world and causes humans to be very, very sick and if many die.» (top photo, see here)

«If an emergency occurred, thats why these plans were made. The major vaccine manufacturers then signed contracts with the individual nation states, stating that if a pandemic was declared by the WHO; then they, the vaccine manufacturers, would make vaccines against this pandemic very quickly so everyone could be vaccinated. They also had to build extra factories for this, too, so everything would go fast. The vaccine manufacturers had these preparations funded by the various nations, they received a lot of money. But as they waited, no real serious pandemic emerged.

Then they simply decided to make a pandemic themselves.«

«It was a crazy time and people were terrified and WHO was in on it. WHO then declared that a pandemic had erupted. They thought they could declare this because they had used simple mathematical models, which is why WHO simply said, oh, it is probably a new pathogen, even a brand new pathogen, they said so, even though it was not new. A new pathogen, they said, and this new pathogen could be very dangerous, and it spread very, very quickly.

That it was already detectable in humans, that many people already had antibodies to it, they first admitted afterwards. There was a huge panic at the time, and this panic was created for that reason that WHO could declare afterwards; oh, now the pandemic is here. And to say that, they had to remove two criteria that were agreed upon in the event of a crisis: One was that it had to be a very serious illness (it wasn’t a serious illness at that time either), and the other was that many died . WHO simply deleted these criteria from the definition. And then the pandemic was there. Then it was said that a new pathogen is spreading throughout the world. But this was the case every year. «

A WHO, a World Health Organisation that is lying? About such serious things? Could it really be a fact? In my opinion, Dr. Wodarg is a human being who is accountable. He does not deal with falsehoods and rumors. Doesnt this story throw up many questions? Also questions about the reality of the corona virus ??

Background Dr. Wodarg: Wolfgang Wodarg (M.D.) from Flensburg, Germany, is an experienced lung specialist and epidemiologist. He worked for many years at the Academies of Public Health and Occupational Medicine, also as a Fellow of the Epidemiology and Health Economics Departments at John Hopkins University, Baltimore. Dr. Wodarg was a member of the Bundestag (SPD) and in the Parliamentary Assembly of the Council of Europe.