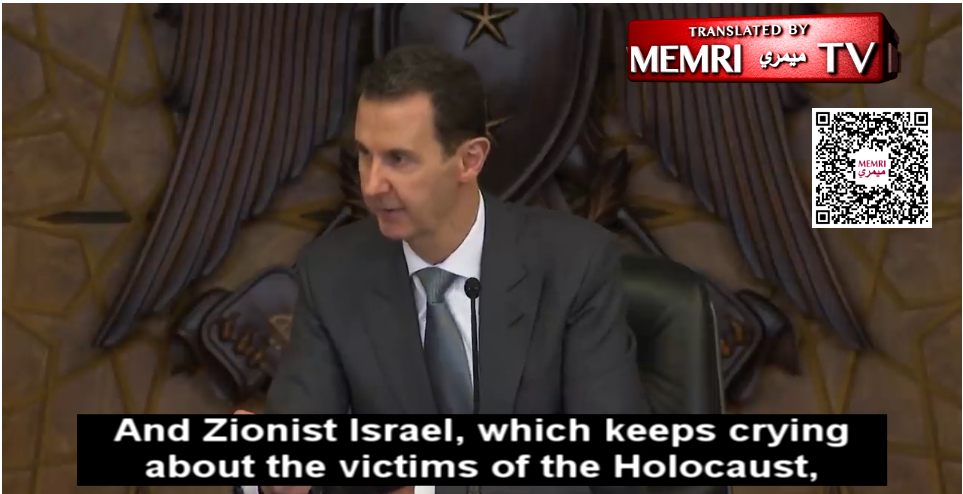 Syrian President Bashar Al-Assad: The ‘Zionist Jew’ Zelensky Supports Nazi Collaborators – This Proves That The West Has No Real Values, Only Cares About World Domination, Money

Syrian President Bashar Al-Assad said in a March 17, 2022 address in honor of Syrian Teachers’ Day that aired on Al-Ikhbariya TV (Syria) that the West does not have any principles and that it only cares about world domination and material interests. Explaining that the West’s only enemies are those who stand in the way of its interests and that the West and Zionism are not fundamentally opposed to Nazism, Al-Assad gave the example of how Ukrainian President Zelensky is a «Zionist Jew,» yet supports Ukrainian Nazi groups. Al-Assad said that this is ironic considering that «Zionist Israel» claims to cry over the victims of the Holocaust. Top-photo, here.

«The West has proven that it does not have friends or enemies. It has only one enemy – anyone who stands in the way of its material interests. Communism, Islam, Nazism, China, Russia or anyone else are not the enemies of the West. If they serve the interests (of the West) – they are friends. If they oppose those interests – they are enemies. In other words, they have zero principles. The ugliest truth of them all – and not many people know this – is the lie that the West and Zionism oppose Nazism. Not many people know that the leaders of the Nazis in Ukraine – Nazi organizations that closely collaborated with Hitler in terms of military and ideology – were driven out (of Ukraine) at the end of WWII, some of them to Europe, and some of them to America. I the 1950’s the CIA asked the American administration to lift the ban on these Nazi groups, because America needed them in Ukraine which was then part of the USSR. What proves these historic facts today is the Zelensky is a Zionist jew, yet he support the extremist nationalist organizations that fought (alongside the Nazis) in WWII when Hitler invaded (the USSR), and some of them took part in the massacres committed against the jews. So how come that Zionist Jew is supporting these organizations? The West supports these organizations, which today are called the right-winged «Azov organization». And Zionist Israel, which keeps crying about the victims of the Holocaust, supports a leader that supports the Nazis that killed the Jews. This proves that the West is lying in everything that it is saying and it does not care about anything except ruling the world, plundering resources, and filling its coffers.» 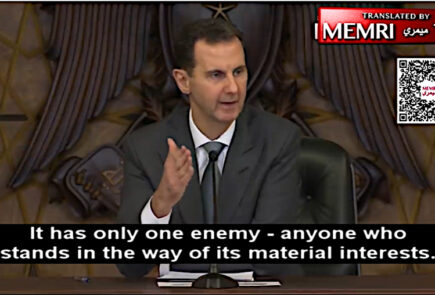