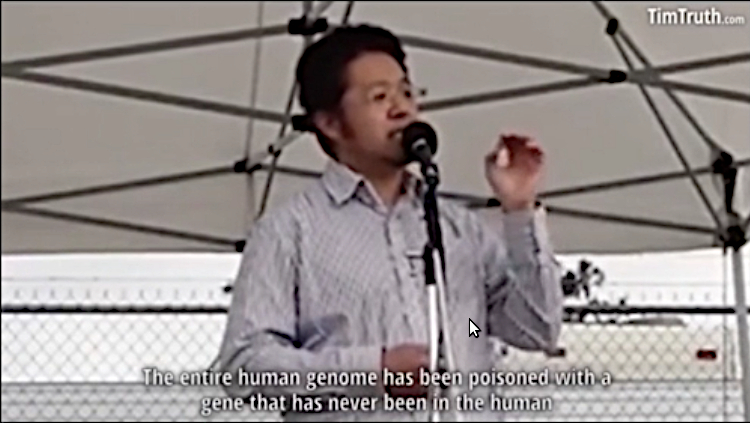 «We are dealing with people who have the money, the power to pollute the entire human genom. And I am sorry, I should have been onto this four months ago, but i mad the mistake of listening to an expert. If something is reverse transcribed and alters the DNA of a sperm or an egg, thats DNA change, if that sperm or egg survives and turns into a human being, (it) lasts forever. The entire human genome has been poisoned with a gene that has never been in the human genome ever in history.

And I’ll start off with a mistake that I just realized that I made this past week. And its a big mistake because I think because of this, we’re going to lose about a billion children. And I’ll tell you how it happened. Back on November the third, I did a speech in front of the City Hall. And one of the things that I talked about when talking about cancer, was reverse transcriptase, how the story that you’ve been told that mRNA doesn’t change the DNA is a lie. Because bodies, human bodies, have something called reverse transcriptase, which can turn mRNA into DNA. And once something is turned into DNA, it can change the cell for the rest of that cell’s life.

Any mother to be, even is he is not pregnant yet, if she gets an mRNA vaccine, that mRNA, if it’s using the UBC technology, the UBC lipid nanoparticle technology, those mRNAs are going to go to the ovaries. And guess what? In the eggs, there’s reverse transcriptase. And when there’s reverse transcriptase, that spike protein mRNA gets changed into DNA. And when it’s changed into the DNA, it can go inside the egg cells and permanently change the DNA for future generations. If your’re lucky that DNA change will happen in a reading frame. And what a reading frame is: It’s the part of the DNA that gets transcribed into proteins.

And that spike protein is so toxic that any embryo made from that egg will die. That’s only a part of the problem. There are things throughout the human genome called non reading frames. There’s DNA that stays silent that is never transcribed into proteins until the next generation. So if that spike protein DNA created from spike protein mRNA from the Pfizer or Moderna jabs, if that gets inserted into a non reading frame, that mutation is silent. It is hidden inside the DNA of that egg cell, which means an embryo – when that egg cell is fertilized, can grow into a normal embryo, a normal child, a normal adult, except for one thing, there is a hidden spike pprotein mutation in the DNA that the adult doesn’t know about, because it’s silent and it will only show up when that adult tries to have another child.

And then DNA undergoes something called recombination, where nature mixes the genes from that adult’s mother and father to crate a new human being. And during that mixing process, sometimes silent DNA segments get reactivated. 5 billion people have been injected so far on this planet. Half of them are women. Two and a half billion. Half of them will be women who are young enough to have children. There are 1.15 billion carriers of mutations in the egg-cell-line of their bodies. 1.25 billion women who are capable of giving birth to children who carry something that has never been seen before in the human species, in the entire human genome.

And that is the spike protein. The spike protein has been put into the human genome into at least 1.25 billion people on this planet. And if that gene is silent, there’s no way that I can tell that that gene is there. I won’t be able to tell until problems start happening in the children and grandchildren and the great grandchildren. This is the magnitude of evil we are dealing with. We are daling with people who have the money, the power to pollute the entire human genome. And I am sorry, I should have been onto this four months ago, but i made the mistake of listening to an expert.

So I know everyone wants to have faith in their leaders, but I want everyone here to have faith in something greater than a leader, because leaders are humans, they make mistakes, they figurte out the truth too late. I want us all to be united with ideas, united under The Creator, because this is a massive war. And unfortunately, in part due to me, I think we’ve lost the first battle. But there’s many more battles to come.»

Why did Liu die?

He was found with multiple gunshot wounds to the head, neck, torso and extremities at his home in the Pittsburgh suburbs, according to the local police department. The gunman was identified as 46-year-old software engineer Hao Gu. Authorities say he took his own life after returning to his car. Liu and Gu knew each other, homicide detectives said. The investigation has determined it was a murder-suicide resulting from «a lengthy dispute regarding an intimate partner». They said there was «zero evidence» the case was linked to Liu’s research work and the current public health crisis. 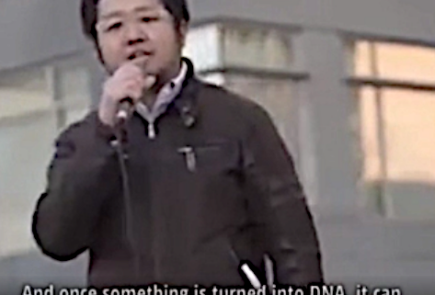